One Blue Liner To An Industry Leader 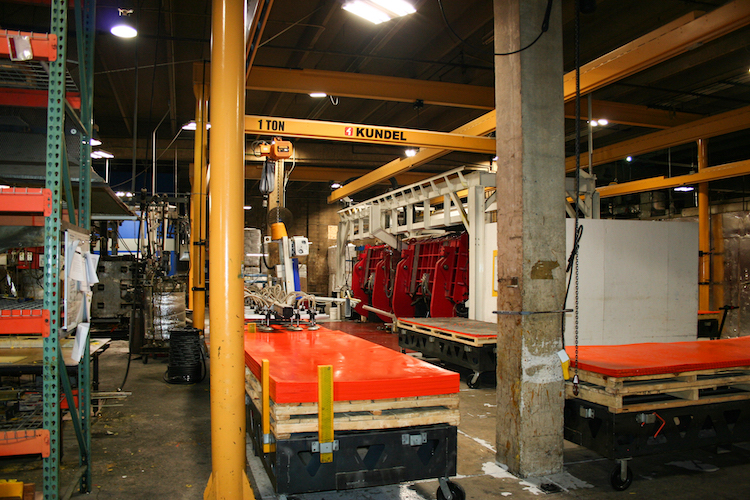 The Minneapolis Building which Rhino Hyde calls home has a history. It was built in 1910 and stands on the Twin Cities Hiawatha train line in the Longfellow-Howe Neighborhood. Inside, it is intact with silos and an old industrial elevator. Cargill called this building home for many decades prior to Tandem. In 1965 Cargill developed a new, grain-specific urethane material. That material was named Rhino Hyde.

Now known as the ORIGINAL RHINO HYDE BLUE sheet. It was the first of its kind.

By the early 1990s the company expanded its urethane products to different industries. Rhino Hyde was the first, if not the only, urethane maker in the US to formulate and blend polyurethane in-house, handling all raw material. This is still the mission of Rhino Hyde, a custom solution-based approach.

Today, we have a manufacturing plant in Blooming Prairie, Minnesota. We staff nearly 110 employees and distribute to more than 45 countries world-wide.